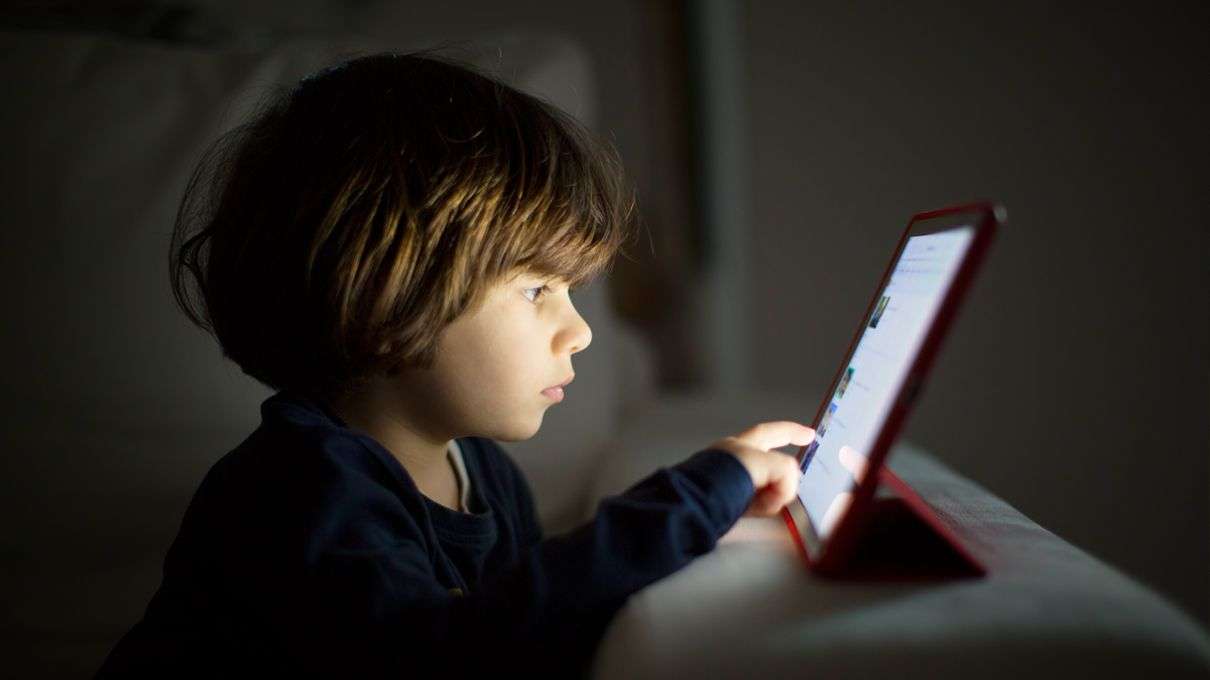 This article was originally published here. We agree that encouraging kids to spend more time outside, being creative, away from screens, is one of healthiest things you can do to encourage your child to think and develop.

Screen time, in its multiple forms, will be part of your children’s lives at some point. But parents must ask themselves how early and to what extent?

Some parents think they’re giving their child an educational edge like Susan who bought her 6-year-old son John an iPad when he was in first grade. “She thought, ‘Why not let him get a jump on things?’ John’s school had begun using the devices with younger and younger grades – and his technology teacher had raved about their educational benefits.

Dr. Nicholas Kardaras, one of the country’s foremost addiction experts who counseled Susan and her son John, writes, “She started giving John screen time to play different educational games on his iPad. Soon, he discovered Minecraft, which a teacher assured was “just like electronic Lego.” She remembered how much fun she had as a child building Legos. At first, Susan was pleased. John seemed engaged in creative play. She did notice that the game wasn’t quite like the Legos she remembered – after all, she didn’t have to kill animals and find rare minerals to survive and get to the next level with her old game. But the school even had a Minecraft club, so how bad could it be?”

“John became more and more focused on his digital game, losing interest in baseball and reading while refusing to do his chores. As his behavior continued to deteriorate, Susan tried to take the game away but John threw temper tantrums. His outbursts were so severe that she gave in, still rationalizing to herself over and over again that “it’s educational.”

But it’s even worse than we think.

There’s a line; cross it and parents may actually unintentionally be doing significantly more harm than good.

“Tablets are the ultimate shortcut tools: Unlike a mother reading a story to a child, for example, a smartphone-told story spoon-feeds images, words, and pictures all at once to a young reader. Rather than having to take the time to process a mother’s voice into words, visualize complete pictures and exert the mental effort to follow a story line, kids who follow stories on their smartphones get lazy. The device does the thinking for them, and as a result, their own cognitive muscles remain weak.” ~Liraz Margalit Ph.D

Digest the information below on screen time, even though it might feel uncomfortable, and arm yourself with the truth about the potential damage screen time is capable of imparting – particularly in a young, still-developing brain.

We now know that smartphones, iPads, and Xboxes are a form of digital drug. Recent brain imaging research is showing that they affect the brain’s frontal cortex – which controls executive functioning, including impulse control – in exactly the same way that cocaine does. Technology is so hyper-arousing that it raises dopamine levels — the feel-good neurotransmitter most involved in the addiction dynamic – as much as sex.

But what about kids who aren’t “addicted” per se?

Even in children with “regular” exposure, we should be aware that screen time is creating subtle damage considering the “average” child clocks in more than seven hours a day (Rideout 2010).

Jackie’s Note: here is a printable list of 30 more ways to help your kidsAs a doctor, Dunckley observes that many of the children she sees suffer from sensory overload, lack of restorative sleep, and a hyper-aroused nervous system, regardless of diagnosis—what she calls electronic screen syndrome. These children are impulsive, moody, and can’t pay attention – much like the damage seen in these scans above. (source)

Unfortunately, screen time has replaced the outdoor time and become a kind of babysitter. Children used to play outside, where, in unstructured natural environments, they learned and practiced their social skills.

And like the story of Susan and her son John, we need to get our children back to playing with Legos and toys that don’t think for them!

Scientist know we can train and retrain the brain. It is moldable. Through our environment, we can make the brain weaker or make it stronger. Despite everything we might think is good – like electronic ‘educational’ games – we have unfortunately remolded our children’s brains in the wrong direction.

We can rewire and retrain the brain by being intentional. It’s so much easier to start young!

2. Don’t be afraid to set the limits. Kids need limits to grow happy and healthy!!

3. Teach your child to do monotonous work from early years as it is the foundation for future “workability”.

4. Have fun with your children.

Jackie’s Note: here is a printable list of 30 more ways to help your kids“Kids will change when parents change their perspective on parenting.  Help your children succeed in life by training and strengthening their brain sooner rather than later!” ~Victoria Prooday

Remember, parenting is about progress, NOT about perfection! You are reading about this because you are a parent who wants to do all you can to help and advance your child in the right direction.