5 Tips in Teaching Your Kids Respect 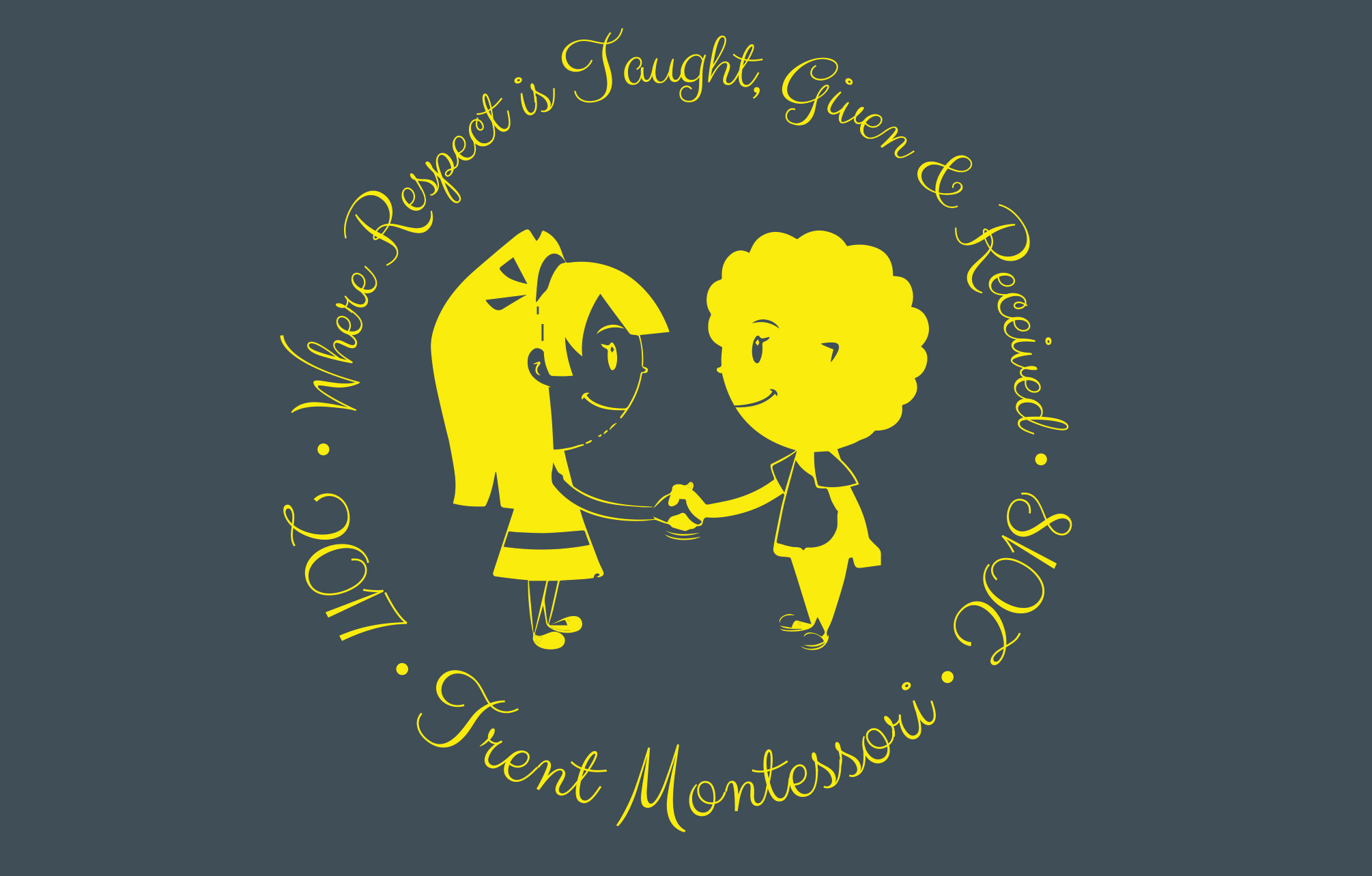 Acting polite isn’t merely a formality, says psychotherapist Ingrid Schweiger, Ph.D., author of Self-Esteem for a Lifetime. “When kids say ‘thanks’ after something is given to them, they acknowledge that there’s a mutual exchange going on, a give-and-take,” she explains. And by going through the motions, they eventually learn not to expect the world on a silver platter.

Even toddlers can learn to say “please” and “thank you,” while preschoolers should be expected to look people in the eye when they greet them and to say “hello” and “goodbye.” Be prepared to give plenty of gentle reminders. “When my boys were younger I was constantly cueing them to say ‘I’m sorry’ or ‘Excuse me.’ Now, as a result, it mostly comes naturally to them,” says Debbie Oser, of North Wales, Pennsylvania. But sometimes a nudge isn’t enough: If you’re taking your kids someplace that requires a specific kind of behavior (say, your office or an upscale store), make sure they understand what’s expected of them. “Before we go out to eat, we review proper manners and warn our kids that if they don’t act appropriately, they’ll be removed from the restaurant. And we make sure we follow through with that — even if we really want to stay,” says Sarah Natividad, a mom of four in Tooele, Utah.

When your kids successfully mind their p’s and q’s, reinforce their behavior by offering praise — and mentioning why those good manners mattered so much, says Dr. Schweiger. “I tell my boys, ‘It was very nice the way you thanked Tommy’s mom for the cookies. I know it made her feel appreciated for all of her hard work,'” says Patricia Rossia, of Tampa Bay, Florida.

Bratty behavior and back talk are so common these days that it can be easy to just roll your eyes when your kids call each other names or your daughter throws a fit after you announce that TV time is over. But a child who’s allowed to speak that way to his family may come to believe it’s okay to sass other people too, so it’s vital that parents respond to the behavior immediately.

Make it clear that no matter how annoyed your kid may be, it’s never acceptable for him to lash out at another person. Then help him express himself by making “I” statements (as in “I feel frustrated!”) rather than ones that start with “You” (as in “You are a jerk!”), says Dr. Schweiger. You can also encourage him to put his feelings into words by asking him questions, suggests Hodson. (If he’s making sarcastic comments, say, “You seem upset. Let’s talk about it,” or if he’s yelling at his brother, you might ask him, “You sound really mad to me. Can you tell me what’s going on?”). Giving your child a positive way to express his emotions lets him know that while it’s natural to feel angry or frustrated from time to time, that doesn’t make it okay to insult others or scream and shout.

Of course, little ones are still mastering impulse control and learning how to articulate the things that they’re feeling, so don’t be surprised if it takes a lot of work to help your young child get a handle on her temper and if she slips up quite frequently. Part of teaching respect is teaching kids that when we make mistakes, we say we’re sorry — it shows that you care enough about the person you’ve disrespected to take responsibility for your mistakes, explains Dr. Schweiger. So lead the way by apologizing yourself when it’s appropriate, and urge your kids to do the same, once they’ve calmed down about what’s bothering them.

By giving someone your time and attention, you let him know that you value him, explains Dr. Schweiger; it’s one of the most fundamental ways to show respect. The first step toward being a good listener: removing distractions and making eye contact. So teach your child to put down the Wii control and focus on you when you’re talking (by the same token, make sure you look up from your iPhone when your kid has something to say too).

You can further educate her in what it takes to be a courteous conversationalist — not interrupting, waiting for a turn to talk — by role-playing. Start with the don’ts; your child will get a kick out of pretending she’s an “interrupter” or someone who looks away when she’s speaking. Then she can tackle the do’s (wait until a person is done talking to comment, follow up on what the other person just said with a question) and notice the difference.

Setting boundaries teaches kids that the world doesn’t revolve around them; they also have to consider others with their actions. Moreover, “if they can’t follow your house rules, they won’t be able to do it in kindergarten and beyond,” says Dr. Schweiger. “By allowing them to do whatever they want, without consequences, you’re setting them up for failure later on. So it’s important to instill a regard for authority in your little ones, starting at home.”

In order to respect your house rules, your kids have to know exactly what they are, so sit down and explain them (post them on the fridge too). Also take the time to talk about why these rules matter. Your child may not immediately understand the connection between respecting the rules and respecting the people who set them and live under them, but you can break it down for him. (Leaving toys out may seem harmless, but it creates a messy household for everyone; roughhousing might seem like fun, but someone could get hurt.) Next, be clear about what will happen if the rules are broken. Finally, be prepared to repeat the rules regularly and to follow through with those consequences if necessary.

Treating others with respect means taking the time to get to know them and trying to see where they’re coming from — even when you don’t immediately hit it off. “We make it clear to our kids that they don’t have to like everybody, and that not everybody will like them — and that’s okay, as long as they give people a chance,” says Heather Lambie, of St. Petersburg, Florida.

Teaching your kid to keep an open mind will serve her well throughout life — allowing her to discover unusual activities, exciting friends, and fresh ways of looking at things. Start by encouraging her to stretch herself and make a connection with someone new (like the kid who just moved in down the block or a first-time sitter) by finding some similar interests. Sometimes, after spending some time together and hearing the other person’s point of view, kids will conclude they don’t have that much in common. Your job as the parent? To make it clear that even people your child isn’t buddies with deserve kind treatment — and to introduce the important idea of “agreeing to disagree,” says Dr. Schweiger. Kids who understand that there is more than one way to do something or think about something (Jack puts ketchup on everything and Harper hates the stuff, but both ways of doing dinner are okay) will be better problem-solvers in all aspects of their life.

Kids tend to notice right away when someone looks different from what they’re used to — whether it’s their skin tone, body type, or style of dress — and chances are, they’ll say something about it. Though these moments can be embarrassing for parents, teaching your child to appreciate diversity means addressing their comments rather than immediately shushing or dismissing them, says Dr. Schweiger. “It’s important to acknowledge we’re not all the same — and that that’s not a bad thing,” she says. Think of your kid’s curiosity as an opportunity to teach him about respecting differences.

Of course, in order to raise kids who embrace diversity, you’ll need to give them access to a variety of different cultures and traditions, says Hodson, and you can start by making sure the characters in your kids’ shows and books have a broad range of backgrounds. But there’s no substitute for firsthand, real-life experiences, so take your kids to explore new neighborhoods, try a new cuisine, or experience an important cultural event for a different ethnic group.

As you encounter new people, be sure to discuss not only the things that are different but also the things that are the same — for example, how the girl in the head scarf is an avid roller skater just like your daughter, or how the teen with a blue Mohawk loves ice cream just as your son does. By taking a respectful approach and learning to make a connection with people they encounter, Hodson notes, kids will be receptive to exciting new experiences and will eventually come to see the world as a place brimming with possibility for discovery. That’s a pretty powerful payoff.

When we teach kids to treat belongings with respect, we’re helping them develop a sense of gratitude and consideration. How to do it:

Explain value. Help kids understand what gives something its worth. So if your son picks a neighbor’s flower without asking, don’t just scold him; mention all the time she spends tending her garden so everyone can enjoy it.

Think less is more. Children don’t need a ton of stuff, and the more playthings they get, the less they’ll appreciate each item. Offer them fewer toys, and try to choose ones that they can use in a variety of creative ways.

Make it clear. Before you hand over a prized object, spell out the rules: “If you would like to use Mommy’s music box, you must be willing to stay seated, make sure you don’t shake it, and let Mommy turn the key.”

This article can be found here. It was originally published in the November 2010 issue of Parents magazine.

Author: anditabor
Filed Under: Uncategorized
How Many Toys Are Too Many? 12 Reasons Why Kids Benefit from Less
Raising overcomers: How to teach your kids to do hard things